Possums are familiar to most Australian backyards. They are adaptable creatures, which enabled them to embrace the infrastructures humans provide. The brushtail and ringtail are the most common species. 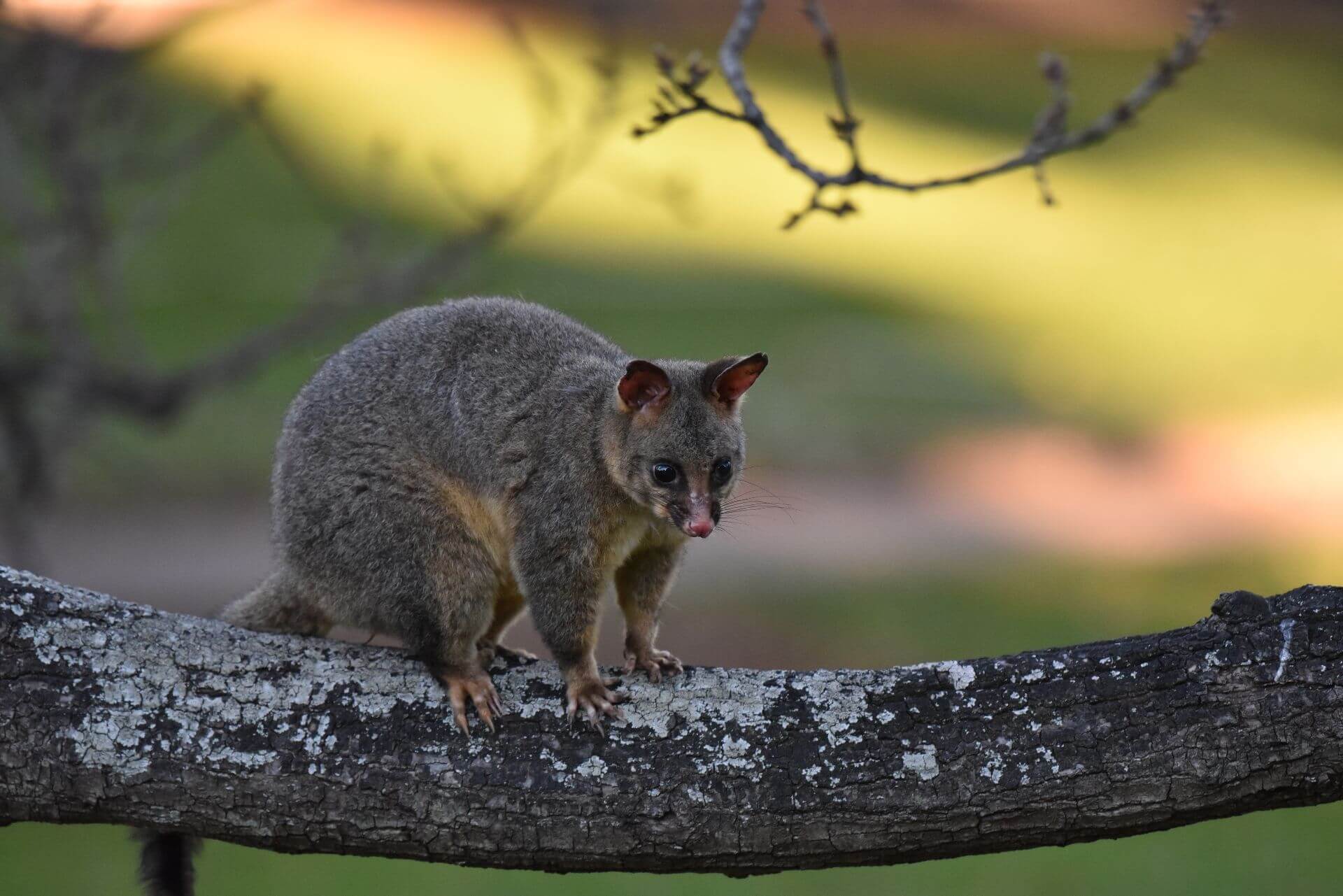 The common brushtail possum is a nocturnal, semi-arboreal marsupial. It has a bushy tail (hence its name) that is adapted to grasping branches at the end. The common brushtail possum has a head and body length of 32 –58 cm, with a tail length of 24 – 40 cm. It is native to Australia and eats mainly leaves, but has been known to eat small mammals such as rats. Their fur may be either silver-grey, brown, black, or gold and is most often seen by city-dwellers. The common ringtail possum is an Australian marsupial. It lives in a variety of habitats and eats leaves of both native and introduced plants, as well as flowers, fruits and sap. The common ringtail possum approximately 30–35 cm long (excluding the tail, which is roughly the same length). It has grey fur with white patches behind the eyes and usually a cream coloured belly. It has a long prehensile tail which is capable of grasping.

Possums are commonly found in suburban areas, where they are often considered pests owing to their habit of eating fruit, vegetables, flowers and tender young shoots from gardens and nesting in roofs. The loud hissing, crackling territorial call of the male common brushtail may also be a problem for suburban residents.

Natural deterrents which play upon the possums’s acute sense of smell are often employed to discourage them. These include cloves of garlic, camphor or naphthalene.

As a native species in Australia, possums are protected by Australian regulations, even when the reside in urban neighbourhoods, and cannot be baited. They cannot be killed as pests and if captured, the regulations stipulate that they must be released within a small radius of that locality since they are territorial creatures. Preventative measures such as blocking off their access to the roof spaces or building a possum nesting box for an alternative home are instead recommended.